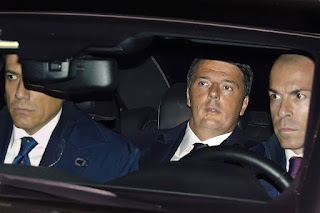 Not for the first time this year, the doom-mongers have been confounded. The Italian referendum over the weekend resulted in a resounding defeat for Prime Minister Matteo Renzi, who promptly announced his resignation. Yet the sky didn’t fall in, the euro dipped and then rallied, and Italian bonds and bank stocks barely budged. Other European assets were also largely unmoved.

Why didn’t markets react how some had feared—and those who dream of the failure of the European project had hoped? One answer is that Mr. Renzi’s defeat was in the price: Markets had anticipated it. Another explanation is that the referendum, like the Brexit vote and the election of Donald Trump, doesn’t in itself change anything. Political consequences can and will follow from the decision, but it is too early to say what these will be and the markets will wait to assess them.

But the main reason Europe isn’t now in turmoil is that Italy’s problems are likely—for now, at least—to stay in Italy. These problems are hardly new and reflect a long-running crisis of domestic governance.

They became apparent in the years after Italy joined the euro and was no longer able to rely on frequent devaluations to maintain its competitiveness with Germany. These devaluations masked serious problems with its economic model: In a new world where goods, services, capital and people could move freely across the European Union, Italy’s high taxes, excessive bureaucracy, inefficient justice system and inflexible labor and product markets had made it uncompetitive, resulting in low investment, falling productivity and weak to nonexistent growth.