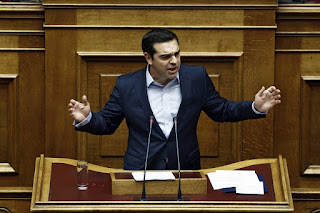 Greece’s crisis is approaching a potential breaking point after a year of relative calm, as a government with declining political stamina confronts creditors’ unyielding demands.

The ruling left-wing Syriza party, grappling with slumping popularity, is considering the option of calling snap elections in 2017, as it loses hope of winning concessions on debt relief or austerity from the eurozone and International Monetary Fund.

No decision for elections has been made, said Greek officials, who added that they would review the state of negotiations in January, after pressing creditors again to show more flexibility.

Elections would allow Syriza—if not Greece—to escape from the pressures of an unpopular bailout program whose strained math has eventually brought down every Greek government since the crisis began in 2009. Syriza’s leader and Prime Minister Alexis Tsipras, like his predecessors, is struggling to meet strict fiscal targets in a recession-scarred country weary of austerity.