Short-Term Debt Plan for Greece: All You Need to Know 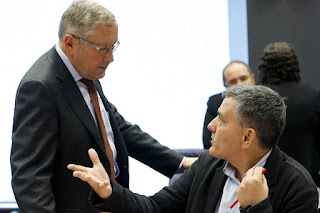 A set of proposed short-term measures to ease Greece’s debt burden could reduce the country’s debt load by around a fifth in 2060, according to a paper drawn up by the the European Stability Mechanism, the eurozone’s bailout fund, and seen by The Wall Street Journal.

We wrote about the proposals here, but thought we should offer some more detail on what they would entail.

These are the proposed “short-term measures,” part of a framework agreed by Greece’s creditors in May which aims to make Greek debt more sustainable. The more controversial medium- and long-term measures are set to be discussed at the end of the bailout in mid-2018.

A spokesman for the ESM said the paper was “a working document that has not yet been endorsed by the euro area finance ministers.” He said ESM Managing Director Klaus Regling would present the proposals to eurozone finance ministers at their next meeting on Dec. 5.