In Greece, Property Is Debt 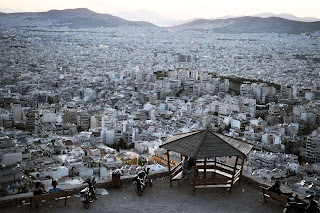 At law courts throughout Greece, people are lining up to file papers renouncing their inheritance. Not necessarily because some feckless uncle left them with a pile of debt at the end of his revels; they are turning their backs on what used to be a pillar of Greece’s economy and society: real estate. Growing personal debt, declining incomes and ever higher taxes as Greece’s depression grinds on have turned property and the dream of easy money into dread of a catastrophic burden.

The figures are clear. In 2013, two years after a property tax was introduced (previously, real estate tax revenue came mainly from transfers or conveyance taxes), 29,200 people declined to accept their inheritance, according to the Justice Ministry. In 2015, the number had climbed to 45,627, an increase of 56 percent in two years. Reports from across the country suggest that this year, too, large numbers of people are refusing to inherit.

“This can be very painful,” said Giorgos Voukelatos, a lawyer. “People may lose their family home. Because if the father or mother had debts, the child might be unemployed and unable to carry this weight as well.”

The growing aversion to property is evident in the drop in business at notaries public. The national statistics service, Elstat, reported in July that in 2014 there were 23,221 deeds in which living parents transferred property to their children, down from 90,718 in 2008. The number of wills drawn up or notarized has been steady through the crisis, at around 30,000 annually, suggesting that many inheritances being rejected were not part of formal wills. (More than 120,000 people die each year.)