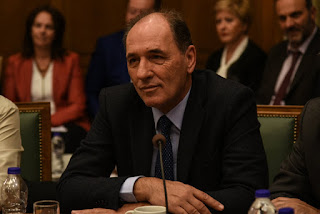 Greece said Wednesday it had failed to reach an agreement with Azerbaijan’s state energy company, Socar, to sell a 66% stake in Greek natural-gas operator Desfa, creating another obstacle in the country’s efforts to reach the privatization targets dictated by its bailout agreement.

The Azeri company proposed reducing the price of its investment, whose initial amount was €400 million. The proposal “was legally unfeasible and would cancel the tender,” a statement from Greece’s Energy Ministry said.

“The Greek government will decide on how it will re-launch the tender next week after consultation with its international creditors,” an energy ministry official said.

Greece must raise some €6 billion through the sale of state-controlled assets by 2018, according to the terms of its third bailout agreement with creditors, reached in 2015. The Azeri company first agreed in 2013 to buy a 66% stake in Desfa, per the privatization plans laid out in the second bailout, which was agreed to in 2012.