Greece, Seeking Dose of Stability, Is Rattled by Trump’s Win 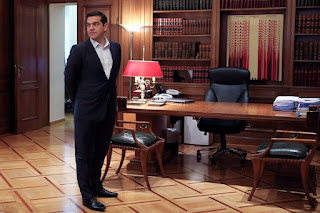 Before last week, Greece expected that it might benefit from what was supposed to be a triumphal valedictory lap by President Obama as he lands in Athens on Tuesday to kick off his final world tour.

Mr. Obama has been supportive of Greece’s efforts to get its finances in order, and of Europe’s bid to keep Greece stable. Prime Minister Alexis Tsipras hoped that Mr. Obama, who travels to Berlin on Thursday, might even persuade the German chancellor, Angela Merkel, to offer Greece some debt relief by the end of the year.

But that possibility has all but evaporated with the victory of Donald J. Trump.

Instead, Mr. Obama will arrive in Athens with his legacy threatened and his leverage sorely reduced. His visit has turned into yet another reminder of the ways in which Mr. Trump’s ascendancy is changing the calculations of leaders across Europe. Mr. Tsipras is among the most vulnerable of them.

“The expectation was that Obama would relay a message about how impressed he was with Greece’s progress,” said Jens Bastian, an economics consultant based in Athens and a former member of the European Commission’s task force on Greece. “But given that Trump will assume the presidency, all bets are off.”