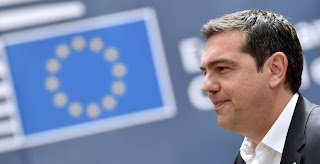 Confidential proposals drawn up by the eurozone’s bailout fund could reduce Greece’s debt load by about a fifth in 2060.

A six-page document, dated Nov. 25 and seen by The Wall Street Journal, was produced by the European Stability Mechanism, the Luxembourg-based eurozone bailout fund. It outlines measures that could be taken in the near future to reduce Greece’s large debt load.

The paper proposes to ease Greece’s debt load by extending some maturities and locking in the interest on some of Greece’s loans to shield it from future interest-rate increases.

The cumulative impact of these measures in 2060 would cut the ratio of debt to gross domestic product by 21.8 percentage points.

An official eurozone analysis in May projected debt-to-GDP of 104.9% in 2060, under a baseline scenario in which Greece fully implements its bailout program.