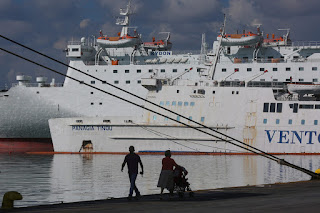 The day that Christos Spirtzis became responsible for much of Greece’s ambitious privatization program, he vowed to ensure it failed.

Greece’s leftist infrastructure minister has resisted every sale of roads, airports and trains, even though he and his government have promised to raise €50 billion from privatizations as part of the country’s international bailout.

“I hope the deal will not bear fruit,” the combative, chain-smoking former labor unionist said after his government, under pressure from Greece’s creditors, confirmed the sale of 14 regional airports to a German investor. He backed calls for local referendums to scuttle the deal. When he finally had to sign the contract, he did so “with a great deal of pain,” he told Greek radio listeners in a trembling voice.

The Greek government is at war with itself, and that is threatening to derail a key plank of Greece’s bailout, which consists of selling state assets to pay down debt and bring in foreign investment. Leaders in the ruling left-wing Syriza party are touring the world, from New York to Shanghai, lobbying investors to come to Greece and help kick-start its depressed economy. But Syriza’s roots in the Marxist, anti-globalization left make privatization a bitter pill.

More
Posted by Yulie Foka-Kavalieraki at 10:57 AM