Greek yogurt is no longer the trendiest yogurt 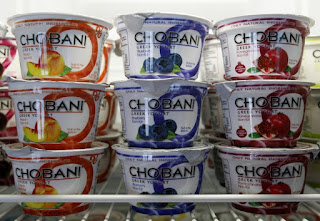 The protein-rich breakfast staple, which has enjoyed an astronomical ascent in recent years, is being replaced by a new form of dairy.

The latest fad: Yogurt drinks, according to a report by research firm Mintel.

Yogurt smoothies, kefir and other drinks are experiencing double-digit growth because, researchers say, they offer a more portable, spoon-less alternative to traditional forms of yogurt. As a result, sales of yogurt drinks have climbed 62 percent over the past five years and are projected to grow another 11 percent this year, according to Mintel. (Sales of “spoonable” yogurt, by comparison, grew 27 percent since 2011.)

Meanwhile, year-over-year sales of traditional forms of yogurt have been sliding since 2013. 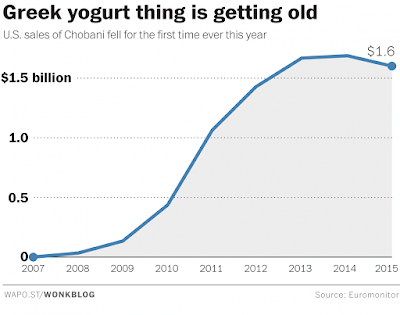 Posted by Yulie Foka-Kavalieraki at 7:48 PM