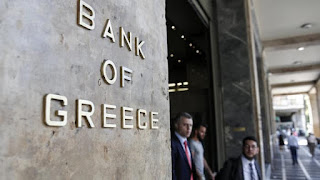 Eurozone ministers gave the go-ahead for Greece to receive €2.8bn in bailout money, as Athens met the deadline to implement reforms needed to unlock the funds.

Ministers meeting on Monday in Luxembourg confirmed that Greece has successfully met all the policy “milestones” in areas such as liberalising of the energy sector, pensions reform, bank governance and management of a new privatisation agency.

This marks a turnround compared with last month, when Greece’s finance minister, Euclid Tsakalotos, was chastised by eurozone counterparts for Athens’ slowness in implementing the measures needed to release the funds. At the time, Athens had completed only two of 15 reforms.

Speaking after the meeting, Pierre Moscovici, EU economic affairs commissioner, said “all remaining milestones have been completed”. Earlier he praised the “tremendous” work done by the government of Alexis Tsipras in implementing “difficult reforms for Greek society”.

The €2.8bn, which is a leftover from a larger tranche of money released earlier this year, had threatened to become a symbol of the euro area’s difficulties in getting Greece to comply with the conditions of its bailout programme.