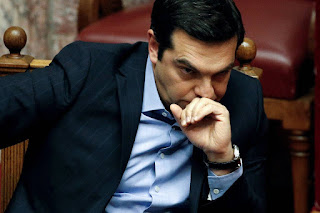 Greece’s ruling Syriza party vowed on Thursday to continue fighting for its radical agenda after judges struck down its plan to revamp Greece’s media sector, the culmination of a weekslong power struggle that produced allegations of blackmail and “fascist” methods.

Greece’s supreme administrative court, the Council of State, ruled late Wednesday that the government, led by the left-wing Syriza party, acted unconstitutionally by licensing TV broadcasters itself, a power that the constitution reserves for an independent media regulator.

“The decision creates a feeling of injustice,” said State Minister Nikos Pappas, an aide of Prime Minister Alexis Tsipras who has overseen the auction. “Governments are not brought down by judicial decisions, but only by the people.”

The government billed its reform of Greek TV as necessary to combat corruption and dismantle a network of vested interests among media moguls, banks and the political establishment.

More
Posted by Yulie Foka-Kavalieraki at 11:32 AM