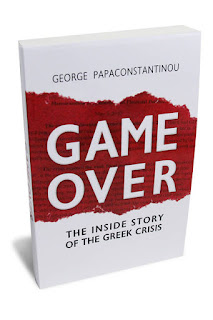 The Greek debt crisis is one of the great economic debacles of modern times. A country’s sins caught up with it in 2009. A continent dithered and fluffed its response. A spreading panic threatened the euro and the world’s recovery from the Great Recession.

Seven years on, the effects linger. Greece is stuck in the deepest depression in a developed economy since the 1930s. Southern Europe is suffering a lost decade. The European Union has become a byword for economic pain, making it an easy target for both the anti-capitalist left and the nationalist right. The euro has survived, but as an unhappy marriage with prohibitive divorce costs. How many European countries would choose it again?

Getting the story right matters for finding a better ending, not least in Greece. For years leading up to 2009, Greece’s governments burned through money and hid the fact. Today much of the country has forgotten the arsonists who laid the fire and blames instead the firefighters who tried, albeit haplessly, to put it out.

Game Over: The Inside Story of the Greek Crisis tells the tragedy of a firefighter overwhelmed by the scale of the blaze. George Papaconstantinou, a British-educated economist whose career in politics proved short, will forever be remembered as the finance minister who signed “the memorandum” in May 2010: Greece’s €110 billion bailout deal, worth $144 billion at the time, with the German-led eurozone and the International Monetary Fund. The deal was German tough love: It saved Greece from bankruptcy but at the cost of drastic austerity that deepened its slump and broke its morale. The economy lost a quarter of its jobs and output.

Posted by Yulie Foka-Kavalieraki at 8:13 AM