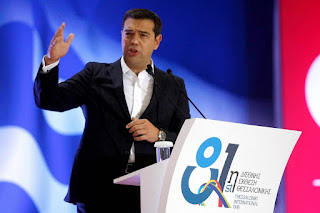 Greek Prime Minister Alexis Tsipras, languishing in polls, sought to reboot his premiership over the weekend. But his economically depressed country has largely given up hope on the imminent change he is promising.

Europe’s most electorally successful populist has become nearly as unpopular as the Greek political establishment he ousted almost two years ago. A recent survey showed only 19% of Greeks view him favorably and 85% are dissatisfied with his government.

Such low approval ratings—familiar to Europe’s least-popular establishment politicians, such as French President François Hollande—reflect how the star of the eurozone’s antiausterity movement has come down to earth.

Because of its deep economic crisis, Greece was ahead of the rest of Europe in the revolt against mainstream centrist parties. Elsewhere, antiestablishment populists of the anticapitalist left and the nationalist right are now on the rise. In Greece, they have been partners in government since early 2015, in a coalition led by Mr. Tsipras’s left-wing Syriza party, and their appeal is on the wane. 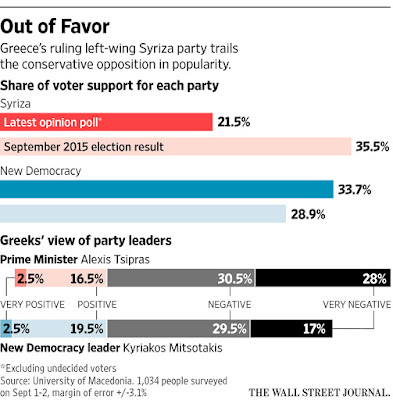 Posted by Yulie Foka-Kavalieraki at 9:20 PM