Greek Villagers Rescued Migrants. Now They Are the Ones Suffering. 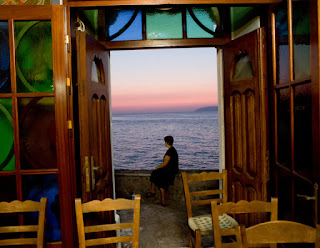 Stratis Valamios revved the motor on his small white boat and steered under a thumbnail moon out of the harbor of this fishing village, perched on the northern tip of Lesbos, Greece’s third-largest island.

Skies were clear enough to see the purple mountains of Turkey a short distance across the Aegean Sea. It would be easy on this tranquil evening to catch calamari. These days, he needed a good haul to make ends meet.

A year ago, he and other fishermen in the tiny village, Skala Sikaminias, were making a more unusual catch: thousands of sea-drenched asylum seekers who streamed across the Aegean to escape conflict and poverty in the Middle East and Africa.

As one of the landfalls in Greece that is closest to Turkey, Skala Sikaminias, with its 100 residents, fast became ground zero for the crisis, the first stop in Europe for people trying to reach Germany in a desperate bid to start new lives.

“I’d be in the middle of the sea, and I would see 50 boats zigzagging toward me,” Mr. Valamios said, gazing across the narrow channel. “I would speed toward them, and they would throw their children into my boat to be saved.” 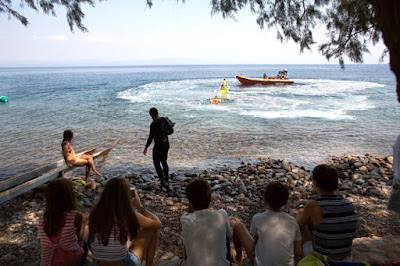 Posted by Yulie Foka-Kavalieraki at 10:00 PM