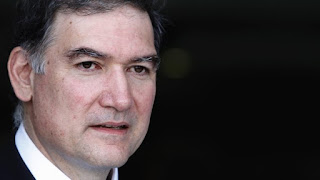 Statistics experts are open to criticism if the numbers fail to add up. But Andreas Georgiou, former chief of Greece’s statistical agency, says he is living in an upside-down world where he is being prosecuted for consistently getting them right.

Mr Georgiou and two colleagues are to face trial on criminal charges of undermining the “national interest”, according to a ruling last week by the Greek supreme court overturning their acquittal by a lower court.

The charges concern the alleged “inflation” of the budget deficit and debt figures for 2009, the year in which Greece plunged into an unprecedented financial crisis that prompted the first of three bailouts by the EU and the International Monetary Fund.

The case has sparked outrage from economists and statisticians worldwide who believe Mr Georgiou has become a scapegoat for Greece’s political class, which refuses to accept responsibility for the country’s financial collapse or take ownership of a bitterly contested seven-year programme of fiscal and structural reform.