Greek Crisis, the Book. Or Actually Several of Them. 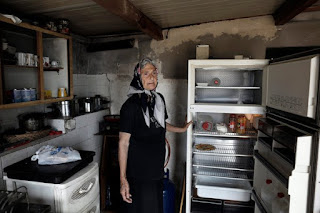 In May last year, James K. Galbraith, a left-leaning American economist, sent an email to Greece’s finance minister, Yanis Varoufakis, in which he argued that an exit from the eurozone would benefit Greece.

Mr. Galbraith, who was advising Mr. Varoufakis at the time, made the case that a new currency would wash away the country’s debts, solve Greece’s competitiveness problem and ultimately create what he called a “good society.” Though the step was opposed by most Greeks, he had drawn up a contingency plan for Greece under Mr. Varoufakis’s direction, in the event the country was forced to leave the currency zone by its creditors.

In the end, there was not a so-called Grexit. One year ago this month, after the polarizing finance minister left his post, Greece agreed to its third bailout with Europe, accepting yet another round of brutal austerity measures as the price for a new round of loans.

Mr. Galbraith’s vision of a sun-kissed utopia of powerful unions, small businesses and cultural exchanges was published in June in his book of essays, speeches and assorted memorandums (Welcome to the Poisoned Chalice; Yale University Press) describing the five months he spent as an unofficial member of Mr. Varoufakis’s inner policy circle.

Posted by Yulie Foka-Kavalieraki at 8:02 AM