Greece to press ahead with criminal trial for ex-statistics chief 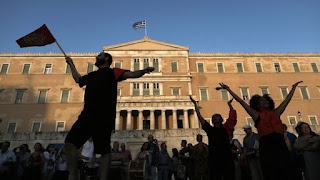 The former chief of the Greek statistics agency is to face criminal trial for undermining the “national interest” after he allegedly overstated the country’s budget deficit.

Greece’s supreme court ruled that Andreas Georgiou should face charges that carry a prison term of up to 10 years despite concern inside Greece that the radical left government is politicising independent institutions.

The case has also prompted concern among officials at the European Commission and the European Central Bank, who accepted without reservation the accuracy of data produced by Elstat, an agency set up in the wake of Greece’s first international bailout.

“The situation is clear. It is not a pleasant case. The commission and ECB have been watching this and have reacted very negatively to the case,” said a high-level eurozone official.