Greece May Face Aid-Payout Delay as EU Warns on Backsliding 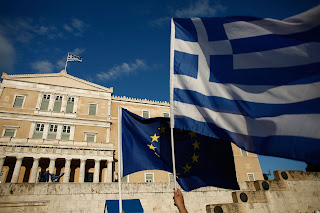 Greece’s finance chief said the next international aid payout to the country may be delayed as the European Union stepped up warnings about domestic political meddling in the Greek state.

Finance Minister Euclid Tsakalotos raised the possibility of the government in Athens failing to qualify on time for a 2.8 billion-euro ($3.1 billion) disbursement due in September from the euro area. That’s what remains of a 10.3 billion-euro tranche that finance ministers approved in principle three months ago.

“If there is a delay, it’ll be days not weeks,” Tsakalotos told Bloomberg News in Brussels on Monday before a meeting with EU Economic Affairs Commissioner Pierre Moscovici. “Part of the reason for the meeting is to discuss the process to ensure there aren’t delays.”

Slipping timetables have been a regular feature of loan payouts to Greece since it first turned to the euro area and the International Monetary Fund for a rescue in 2010. Now in it’s third bailout, the country faces continued creditor warnings about backsliding on overhauls that are a condition for aid. 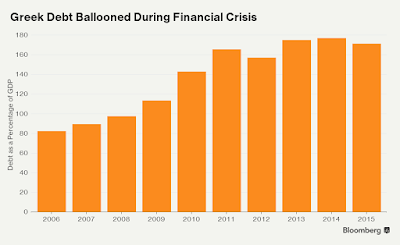 Posted by Yulie Foka-Kavalieraki at 5:14 PM