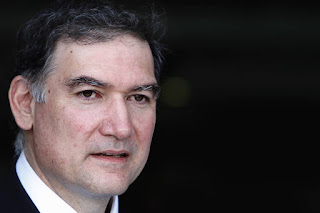 The European Union urged Greece’s government to do more to protect the independence of its statistics agency, saying the country’s fiscal data in recent years had been accurate.

The row goes back to a case that lay at the heart of Greece’s economic and financial crisis. Greece has pledged repeatedly to ensure the statistics agency’s independence as part of its bailout programs in recent years. Failure to follow through on those commitments could potentially endanger future bailout payments.

In August, Greece’s Supreme Court ruled that Andreas Georgiou, the former head of statistics agency Elstat, should face trial over charges that he had artificially inflated figures for Greece’s 2009 budget deficit. The upward revision of the deficit numbers forced the government to undertake even deeper austerity measures as part of its 2010 bailout package

If convicted, Mr. Georgiou faces a prison sentence of up to 10 years. He has vigorously denied the allegations, saying he simply applied EU accounting standards.