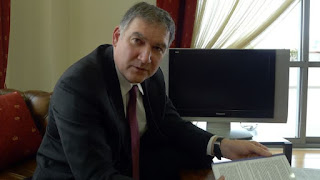 Brussels has urged Athens to repudiate claims that Greece’s national statistics agency produced false data under its former chief, intervening in a domestic criminal case that has angered the country’s international lenders.

The commission stopped short of demanding a halt to criminal proceedings against Andreas Georgiou, who faces trial over allegations that Elstat inflated deficit figures, which supported the case for years of harsh austerity in a succession of bailouts. Mr Georgiou has denied any wrongdoing.

“The commission and Eurostat continue to have full confidence in the quality and reliability of the data delivered by Elstat during the term of office of Mr Georgiou,” the commission said in a letter to Athens on Wednesday.