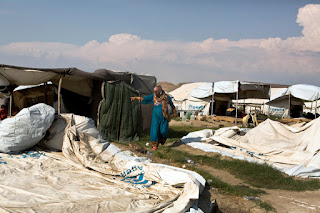 As her young children played near heaps of garbage, picking through burned corn cobs and crushed plastic bottles to fashion new toys, Shiraz Madran, a 28-year-old mother of four, turned with tear-rimmed eyes to survey the desolate encampment that has become her home.

This year, her family fled Syria, only to get stuck at Greece’s northern border with Macedonia in Idomeni, a town that had been the gateway to northern Europe for more than one million migrants from the Middle East and Africa seeking a haven from conflict. After Europe sealed the border in February to curb the unceasing stream, the Greek authorities relocated many of those massed in Idomeni to a camp on this wind-beaten agricultural plain in northern Greece, with promises to process their asylum bids quickly.

But weeks have turned into months, and Mrs. Madran’s life has spiraled into a despondent daily routine of scrounging for food for her dust-covered children and begging the authorities for any news about their asylum application. “No one tells us anything — we have no idea what our future is going to be,” she said.

“If we knew it would be like this, we would not have left Syria,” she continued. “We die a thousand deaths here every day.” 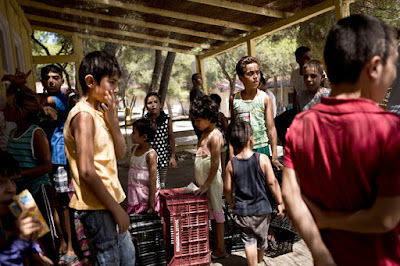 Posted by Aristides N. Hatzis at 8:20 AM