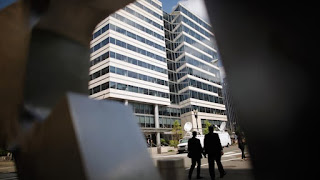 An unsparing assessment of the International Monetary Fund’s intervention in the eurozone debt crisis prompts new questions over its approach to Greece, the origin of the saga and its epicentre.

At issue is an IMF decision expected this autumn on whether to take part in a third bailout of Greece, which has been under international tutelage for six long years. Germany has threatened to stop lending to Athens if the fund pulls out.

The IMF has warned repeatedly that it cannot participate in any further bailout without meaningful debt relief. Amid ructions in Turkey after a failed military coup two weeks ago, the US has stepped up pressure on European creditors of Greece to settle its finances so it can serve as a regional anchor. But this remains deeply contentious in the eurozone, where Germany leads resistance to far-reaching debt forgiveness.

The report by internal IMF inspectors makes clear that this question goes right back to the beginning of the crisis in 2010, when the fund was drawn into Europe’s chaotic campaign to shore up the single currency. A succession of huge bailouts for Greece and other weaker states followed. It paints a picture of poor pre-crisis surveillance, followed by problems in the design and execution of rescue programmes. Improvisation was the order of the day and rules were stretched, not least in the IMF where there was doubt from the outset about the Greek rescue. 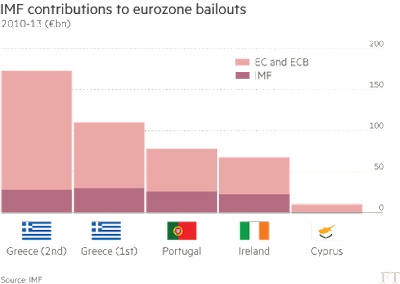