Greece was once the fast lane to Europe for refugees. Now it’s a grim waiting room. 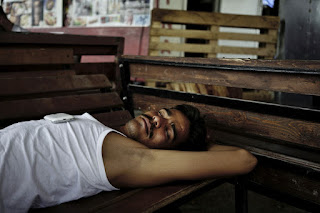 The human traffickers who brought a million desperate asylum seekers through Turkey to the Greek islands have been stopped. Where once thousands a day were smuggled by the mafias on cheap rubber rafts, very few are making the trip this summer.

To shut down the Eastern Mediterranean route, countries such as Macedonia, Hungary and Bulgaria acted independently and threw up razor-wire fences along their southern borders, defying Europe’s central authority in Brussels.

The European Union itself struck a deal that threatens to send the migrants back to Turkey from Greece en masse.

The unimpeded flow of humanity, dominated by Syrians, Iraqis and Afghans, to Europe is over, at least for now. Arrivals in the Greek islands are down 97 percent. 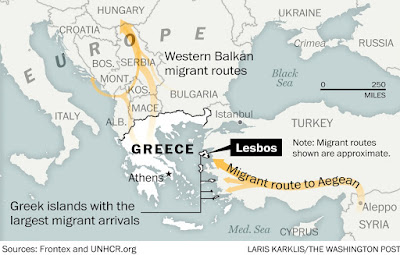 Posted by Yulie Foka-Kavalieraki at 9:23 PM