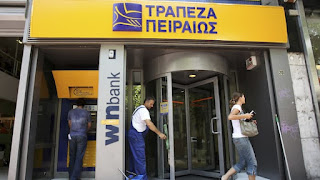 Greece’s central bank has loosened capital controls it imposed 13 months ago in the hope that depositors will return some of the cash they pulled from banks during last year’s panic.

The controls were imposed in June last year to stem a run on Greek banks as the government’s negotiations with its international creditors foundered and many feared the country was poised to crash out of the euro. Among other measures, they set strict limits on how much money depositors could withdraw from their accounts each week.

Lifting the controls will pose a critical test of confidence in the leftwing Syriza-led government of Alexis Tsipras, the prime minister. Specifically, it will show whether Greeks now feel safe holding their cash in the country’s banks.