Erdogan Should Look Across the Aegean 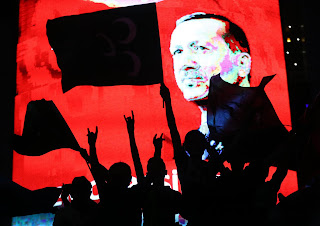 Military coups have been an integral part of politics through most of the modern history of Greece and Turkey, shaping them domestically and determining relations between them. If war is diplomacy by other means, in these two neighbors and NATO allies, military coups were politics by other means. The recent attempt by military forces to overthrow Turkey’s elected government underlines the different course the two countries have taken in the past few decades. What follows may lead them even further apart.

Turkey’s president, Recep Tayyip Erdogan, appears determined to use the failed coup as an opportunity to wipe out opposition from every quarter, ordering a sweeping purge of the military, the judiciary, the police, academia, the civil service and some journalists.

Before the July 15 mutiny, Mr. Erdogan was already showing increasingly autocratic tendencies: curbing media freedom, cracking down on anti-government demonstrators, flirting with Islamist extremists, cultivating tension with his country’s Kurdish minority, deposing his own prime minister for not being enthusiastic enough in his support, allowing readings of the Quran in the Hagia Sophia museum — formerly the greatest cathedral of eastern Christendom.