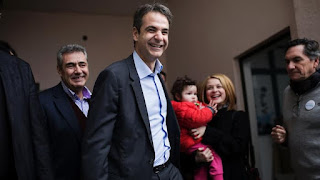 Kyriakos Mitsotakis, Greek opposition leader, has a blunt message for the country’s international creditors and Alexis Tsipras, its leftwing leader: tax rises that the prime minister insists are central to Greece’s recovery are a costly mistake.

He said the fiscal measures rolled out this month as part of a €5.4bn austerity package agreed with the EU and the International Monetary Fund in return for more bailout cash will stifle growth, cut revenues and push many more Greeks into tax evasion and the black economy.

“What you have is the cumulative impact of taxation that goes well beyond … capacity [to pay]”, Mr Mitsotakis told the Financial Times. “After five years, many people have literally run out of money.”

Following a warning from the Greek central bank that “excessive emphasis” in higher taxes could backfire, Mr Mitsotakis insisted the government should have focused on structural reforms, such as to the public sector, which would have made tax increases unnecessary.

“This country has both a culture and considerable expertise in tax evasion,” Mr Mitsotakis said. “That’s why the Tsipras [plan], which the EU ended up approving, isn’t going to work.” 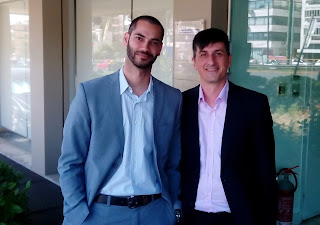 Greek startups have weathered political turmoil, violent riots, a withering economy and brinkmanship that nearly drove the country out of the euro. Now, a new round of tax increases may be the last straw for fledgling companies with dreams of making it big.

What startups need is a break, says Vassilis Sioros, chief executive officer of Ardustech P.C., a small company with big plans for the use of olive oil in the pharmaceuticals, food and cosmetics industries.

“No startup is asking the government for money,” he said in an interview from Athens. “The state can invest without giving money by allowing startups to pay no tax or social security contributions for one year, or at least reduce them. This can help give at least another year of life to a startup allowing for the creation of one or two more jobs.”

Startups have become a key piece of any revival for Greece’s economy, which has shrunk by more than a quarter since 2008 and where almost 25 percent of the workforce is without a job. The number of such firms has almost doubled each year since 2010. With many still struggling to find funding, startups see the taxes and charges agreed to between Prime Minister Alexis Tsipras’s government and European creditors as adding yet another wrinkle to their already difficult environment.

More
Posted by Yulie Foka-Kavalieraki at 8:09 AM 0 comments

Greece needs a new deal with its European partners 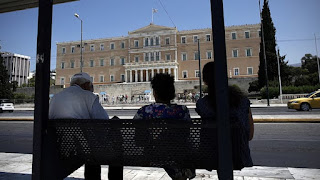 Greece is the only country in Europe that still remains under an adjustment programme. The Greek political system failed the country in the second half of the previous decade. Successive Greek governments promised to fix the tax collection system, uproot the deeply entrenched vested interests and implement ambitious reforms and privatisations. But, with few exceptions, they did not deliver.

At the same time, our European partners have yet to deliver on their commitment to provide further debt relief. They agreed to it in November 2012 and it should have occurred in 2014 after Greece achieved, with considerable pain, a primary surplus of €1.5bn in 2013. It never happened. The decision was delayed due to the domestic electoral cycle of various European countries. The same happened on May 24 this year when the eurogroup of finance ministers yet again postponed the relevant decision, to 2018, despite the fact that it explicitly recognised the need to keep the Greek government’s gross financing needs at manageable levels and the ratio of debt to gross domestic product at a declining trend.

It should be stressed that the eurogroup postponed the decision for debt relief in spite of the following: first, that the Greek government had honoured its commitments; and second, that current market interest rates are very favourable to debt relief decisions for both borrower and lenders. In addition, the threat of Grexit, used against Greece by a number of eurozone politicians whenever negotiations seemed to stall, weighed heavily on sentiment, further fuelling uncertainty and negatively affecting the economic and social climate in Greece.

Move over Croatia, this year festival goers are heading to Greece 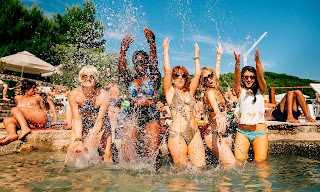 Clubbing in Greece has come a long way since the days of drinking ouzo and climbing partially lit mountain trails to listen to Cretan music in ancient ruins. This summer, there are quality electronic music festivals taking place, with lineups including DJ Harvey, Midland and Jeremy Underground. You can snorkel in the day, party on the beach at night and even hike down a gorge to recover if you want.

Could Greece’s music scene restore its reputation as a tourist hotspot after years of economic downturn, social unrest and the human crisis that has led to overcrowded refugee camps?

Sean Tipton, from the Association of British Travel Agents, says yes. “More than 2 million visits were made to Greece from the UK last year and so far bookings for 2016 are looking set to overtake this figure,” he explains. “It is really positive for Greece after some years of decline.”

One explanation is to be found in the revival of dance music. The electronic music scene is the driving force behind a whole host of events this summer such as Odyssia festival in Alepokhóri, Attiki, Rhythmatic open air festival in Pelion and Reworks festival in Thessaloniki.

The continent’s most indebted state is currently excluded from the quantitative easing program, while its lenders have lost access to regular financing lines, as a quarrel between Prime Minister Alexis Tsipras and Greece’s creditors in 2015 raised doubts about its solvency and place in the euro area. The flow of bailout loans keeping Greece afloat is slated to resume this month, after the government committed to additional austerity.

“QE could follow as soon as July’s maturing debt is paid,” Tsakalotos said in an interview, referring to a July 20 payment of notes held by the ECB. “I feel confident Greek debt will be eligible” by September, he said. 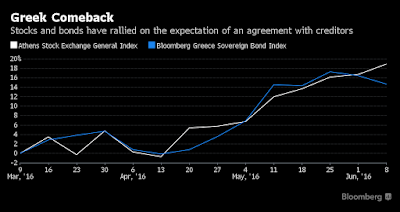 The curtains are up on another act of the Greek debt drama. Eurozone finance ministers and the International Monetary Fund have agreed with Greece to begin, per the IMF’s demands, providing some debt relief to the country, and to release €10.3 billion ($11.6 billion) in bailout funds. Greece, for its part, has agreed to another round of austerity and structural reform.

Until recently, the IMF insisted that it would participate in the next Greek rescue program only if it deemed Greek debt to be sustainable. Based on the IMF’s most recent debt sustainability analysis, that is not the case. Germany, however, insisted that the IMF remain on board – and, with the latest deal, it seems to have prevailed, in exchange for agreeing to debt relief that it opposed.

The victory may well not have been worth the sacrifice. In fact, it would have been better to let the IMF pull out, for two reasons. First, the IMF’s assessments of debt sustainability in Greece are undermined by a deep conflict of interest. Second, and more important, IMF credits are too expensive.

In a normal bailout procedure, the IMF acts as an impartial judge of the troubled country’s debt sustainability; then, if it so chooses, it can step in as the lender of last resort. This is what happened in 2010, when the private sector wanted to flee from Greece and a systemic crisis loomed. 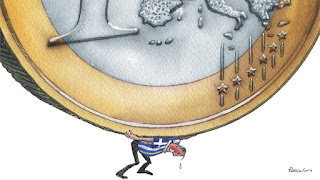 Is there a path towards making Greece a successful self-financing economy within the eurozone? What would be required to put it on that path? These are the big questions about the economic plight of Greece and its ghastly relations with its partners. Neither has much to do with what is going on, which is “extend and pretend”: the eurozone pretends Greece is not in default; Greece pretends it will reform; and both play for time. What would an honest reckoning look like?

A starting point must be with the latest debt sustainability analysis from the International Monetary Fund. One can sum this up simply: we would like to apologise for the mess we have made.

The fund admits that the programme agreed in 2010 was wildly unrealistic. Moreover, even the debt relief imposed in 2011-12 was insufficient, unless one believed in the plausibility of the “very ambitious targets for growth, the fiscal surplus, and privatisation” proposed by the Greek government, with support of its eurozone partners.

Subsequent events, however, demonstrate that these targets were indeed unachievable. Finally: “In all key policy areas — fiscal, financial sector stability, labour, product and service markets — the authorities’ current policy plans fall short of what would be required to achieve their ambitious fiscal and growth targets.” 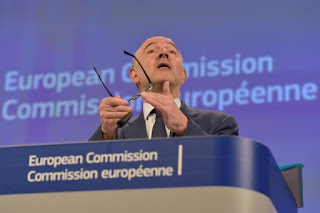 The European Commission is confident that Greece will conclude the reforms needed to unlock bailout funds before next week's meeting of euro zone finance ministers, top officials said on Monday.

Greece and its international lenders wrapped up the bulk of reforms needed for badly needed bailout cash in May, but left some loose ends which must be tied up before Athens can receive instalments of 10.3 billion euros ($11.48 billion) by September.

"The Greek authorities have done 95 per cent of changes necessary but not all is finalised. Some changes have to be made in the coming hours," Economic Affairs Commissioner Pierre Moscovici told EU lawmakers in Strasbourg.

"I am confident Athens will use the time before the Eurogroup to finalise the limited issues that are still open," Moscovici added, saying that a disbursement of a first tranche of 7.5 billion euros could be decided as early as next week and be made this month.

ECB holds back on ultra-cheap loans to Greek banks 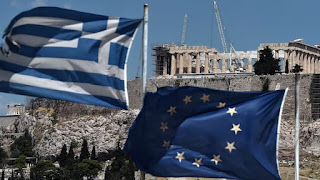 The European Central Bank has dealt a blow to Greece’s attempts to rehabilitate its ailing financial system, saying it would wait at least three more weeks before allowing Greek banks access to its ultra-cheap loans.

The delay came at Thursday’s ECB meeting in Vienna where policymakers left interest rates on hold even though they marginally raised forecasts for eurozone growth and inflation. The cautious stance defied market expectations of a more robust upgrade in economic projections.

Senior officials in Athens had believed the ECB governing council would use the Vienna meeting to reinstate a waiver that allows the central bank to accept Greek government bonds as collateral for their cheap loans, despite the bonds’ junk credit rating. Greek optimism stemmed from last week’s deal to release €7.5bn in EU bailout funds next month after a long stand-off.

Instead Mario Draghi, the ECB president, said while the council discussed the waiver, no decision would be made until Athens had completed all elements of the first review of its €86bn bailout, a prerequisite to getting the €7.5bn tranche.