Why the IMF must walk away from Greece 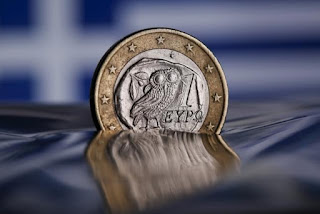 The depth of distrust between Greece and its creditors grows increasingly clear as both sides resume negotiations for a new bailout program.

The International Monetary Fund is demanding more European debt relief for Greece -- at a minimum, a longer payback period on its European Union loans. But Germany insists that the fund lend to Greece even if Athens receives no immediate additional debt relief. More relief would not be needed for “the coming years,” German Finance Minister Wolfgang Schaeuble said.

Yet, additional IMF loans would only paper over Greece’s economic problems and postpone the reforms Athens needs to make to remain in the euro zone. Instead of more loans, the IMF should force Greece and its creditors to come up with long-term compromise solutions.

Given Greece’s poor record in meeting previous loan conditions, the Europeans seek Greek parliamentary approval of additional budget measures, imposed if Athens fails to meet its targets. This course would leave Greece still uncertain if, or how, its creditors might ease its debt burden. Such economic brinksmanship would also offer Greece little hope of real solution -- which would include restoring private-sector confidence, attracting foreign investment and restarting growth.