The threat of Grexit never really went away 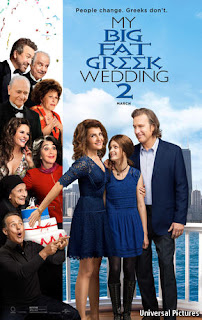 The tagline of the film “My Big Fat Greek Wedding 2”, which was released in March, is “People change. Greeks don’t.” Whether any euro-zone finance ministers have seen the film, let alone detected any resemblance to their ongoing talks with the Greek government over its third bail-out, is unknown. But the renewed bickering about whether Greece is keeping to its end of the bargain, complete with threats of a snap election if its creditors don’t give more ground, has the air of a duff sequel.

Greece badly needs the next dollop of the €86 billion ($99 billion) bail-out creditors promised it last summer, in exchange for promises of austerity and reform. But it will not get the money until the creditors complete a review of its progress, which has been dragging on since November. The government has scraped together enough cash (by raiding independent public agencies) to pay salaries and pensions in May, perhaps even in June. But by July 20th, when a bond worth more than €2 billion matures, the country once again faces default and perhaps a forced exit from the euro zone. The threat of Grexit is not exactly back; it never really went away.

With a referendum on Britain’s EU membership in June and a possible flare-up of the refugee crisis as summer approaches, the last thing Europe needs is another Greek drama. The European Commission is thus in a mood for compromise. It emphasises that negotiations are “99%’’ complete. But the other creditor, the IMF, is less forgiving. With tax arrears in Greece rising and reforms constantly delayed, the fund has little faith that the programme’s target of a 3.5% primary budget surplus by 2018 can be achieved. It wants Greece to make a contingency plan to raise more money or cut spending further before it approves the next instalment of the bail-out.