The Greek Deal That No One Wants 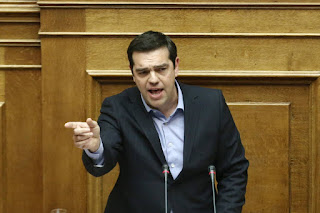 Old Greek bailouts never die, it seems. They just fade into new, equally bad arrangements that amplify the mistakes of the recent past.

Protests erupted again in Athens this weekend as Prime Minister Alexis Tsipras and the coalition led by his far-left Syriza party pushed through another round of tax increases and pension cuts. Mr. Tsipras is trying to show Greece’s creditors he’s abiding by the deal he struck with eurozone governments in July, the third bailout in five years. That deal requires Athens to achieve a fiscal surplus of 3.5% of gross domestic product, excluding debt service, by 2018, and for decades to come.

The bill approved by Parliament Sunday accounts for most of the €5.4 billion ($6.15 billion) in extra revenue and reduced spending the government and its European creditors think will get it to that target. But the creditors aren’t united. The International Monetary Fund, which participated in the first two bailouts but has yet to sign on to the current plan, thinks both sides are working from unrealistic projections of growth and revenue. It believes Athens would need to find another €3.6 billion in cuts—2% of GDP—to reach its 2018 target. The Fund wants the Greek government to pass a “contingency” plan of cuts that will kick in automatically if its own, less-rosy fiscal forecasts turn out to be correct.