Real Greek Drama Is About Reforms, Not Debt Relief 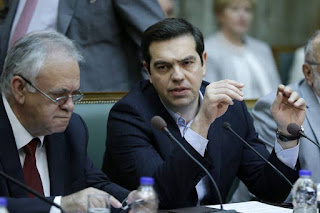 Greece is invariably held up as Exhibit One in the case against the European Union. Its six-year debt crisis—now threatening to reignite right before a British referendum on EU membership—is often presented as proof that the EU is an anti-democratic, sovereignty-destroying, austerity-loving bully. But this narrative is wide of the mark. The starting point for any debate is to recognize that most of the blame for Greece’s problems lies with Greece itself, which in the decades before the crisis embraced a catastrophically unsustainable economic model and has largely refused to change it since.

For sure, mistakes were made in the design of the country’s first bailout: It would have been better for Greece, if not the eurozone, if government debt had been restructured in 2010 rather than in 2012. And it is true the program’s fiscal targets have been demanding, as they always are when a country is obliged to rely on other countries’ taxpayers to service their debts and fund their state. But Greece has always had full sovereignty to choose how to hit those targets—and much of the calamity that has since unfolded stems from how successive governments exercised that sovereignty.

Over decades, Greek governments of left and right built an egregiously generous welfare state and lavished protections on a wide range of interest groups, funding their largess via reckless borrowing and by levying ever-higher taxes on an ever-narrower base of taxpayers. When the crisis hit, Athens didn’t abandon this model. It doubled up on it.