IMF: Substantial Re-Profiling of European Loans to Greece is Required 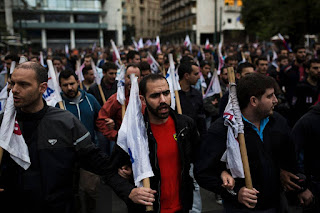 The IMF’s comments, made in an updated assessment of the measures needed to put the country’s financial obligations onto a sustainable path, are at odds with Europe’s more rosy outlook and resistance by powerhouse Germany to any type of debt relief for the Mediterranean nation. It puts to rest, at least for the moment, speculation the IMF might compromise on its increasingly strict line that Greece needs concrete, realistic and upfront debt relief to win fund support and ramps up the pressure on Europe to grant Greece a restructuring.

Greece needs the bailout cash to avert a debt default in July at the latest. Some in Europe, and many officials around the world, fear the Greek problem threatens to deepen fissures building in the European Union, including the possibility of a U.K. exit from the EU.