Greece’s debt deal is not a game-changer 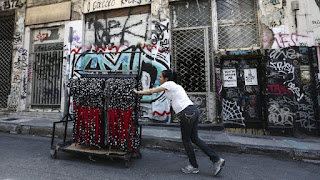 On Wednesday, Greece’s creditors agreed to release more than €10bn in bailout money and to consider ways of restructuring the country’s debt. Some breathed a sigh of relief that a renewed escalation of the Greek debt crisis had been averted. Others observed that, once again, the path of messy compromise had been chosen and the day of reckoning postponed.

It is useful to recall how we got here, and ask whether there is any chance that Greece will escape the fate of being seen as Europe’s eternal problem child. The thoughts of seasoned observers of Greece’s travails over the past half-decade will have turned back to the spring of 2010, the early days of the crisis, when there appeared to be some movement on the issue of possible relief to go along with any eventual bailout programme.

The International Monetary Fund, its fingers burnt in the Argentine debt crisis of 2001, seemed resolved not to make big loans to members unless it could be near-certain that their debt was sustainable, which Greece’s clearly was not. There were meetings between IMF staff and French and German officials. In Athens, the investment bank Lazard did a study on ways to lighten the country’s Olympian debt load.