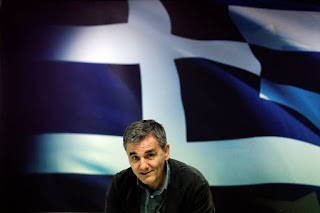 Greece is arguing with its international creditors about a few small but politically sensitive measures creditors want implemented before they release some €7.5 billion ($8.4 billion) of badly needed bailout funds.

A teleconference between Greek officials and representatives of the country’s lenders failed on Sunday to reach agreement on whether and how Greece should amend recent legislation to comply with the conditions of its bailout program.

Creditors, represented by the European Commission, other eurozone institutions, and the International Monetary Fund, say Greece must make specific changes to recent laws on areas including banking regulation, retiree benefits, and privatization. But Greek Finance Minister Euclid Tsakalotos has written a letter to the commission, the IMF and the European Central Bank saying his government can’t carry out all of the lenders’ demands, according to Greek officials, citing political obstacles.

Greece needs its bailout funding by mid-July at the latest, when it must repay heavy debts, including bonds held by the ECB. Considering the amount of legislation that has already passed, it is unlikely the deal would be scuttled over the issues.