Another missed opportunity for a more lasting deal to help Greece 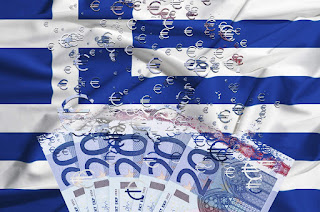 The Eurogroup yesterday reached an agreement on releasing further bailout funds to Greece as well as a partial agreement on debt relief. However, for the most part the tough decisions are once again delayed, leaving Greece in an uncertain position moving forward. Open Europe Raoul Ruparel explains.

What has been agreed?

You can find the Eurogroup statement here and the press release here which spell out the key points of the agreement.

Essentially the first review of the third Greek bailout is now completed and the funds – €10.3bn in total, €7.5bn in June – can now be released. This means Greece will avoid any extended funding dramas this summer and will be able to repay the maturing bonds held by the ECB (as always expected).

More interesting, is that there was a broader agreement on debt relief, though this mostly involved delaying the key decisions until 2018 – after the current bailout is completed. The key points are:
More
Posted by Yulie Foka-Kavalieraki at 1:13 PM