Greek talks with lenders fraught as fears grow of default 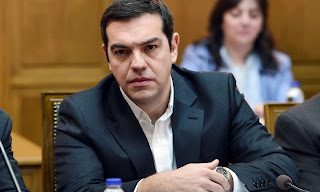 The Hilton hotel in Athens makes the perfect backdrop for high-intensity talks. Its ambience is subdued, its corridors hushed, its meeting rooms an oasis of tranquility.

When Greece, in one of its many stand-offs with the international creditors keeping it afloat, finally won the right to conduct negotiations outside the confines of government offices, it seemed only natural that they should be held at the hotel.

However, in recent weeks the talks have assumed an increasingly nervous edge. An economic review that should have been completed months ago has been beset by wrangling as Alexis Tsipras’s leftist-led government has argued with lenders over the terms of a bailout agreed last summer.

The €86bn (£67.8bn) rescue programme agreed in July 2015 – the debt-stricken country’s third in six years – followed months of high-octane drama that saw Athens being pushed to the brink of bankruptcy and euro exit. Now, less than a year later – and with a crucial meeting of eurozone finance ministers lined up for Friday – a sense of crisis has returned to Greece.