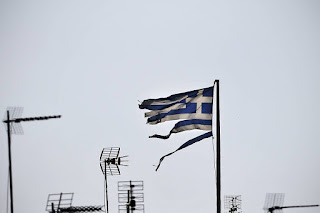 Greece’s creditors are considering seeking extra austerity measures that would be triggered if Athens misses its fiscal targets, in a bid to bridge differences between Europe and the International Monetary Fund and break a deadlock threatening to unravel the Greek bailout.

Under the proposal, say officials involved in the discussions, Greece would have to sign up to so-called contingency measures of up to about €3 billion, on top of the package of about €5 billion in tax increases and spending cuts Greece and its lenders are already negotiating.

The country would only have to implement the extra measures if falls short of targeted budget surpluses for coming years that were set out in last year’s bailout agreement, the officials say.

The idea, which has support from the eurozone’s dominant power Germany, hasn’t yet been agreed upon, and officials on the creditors’ side say it would be politically hard for Greece’s embattled government to swallow.