Greece needs to keep the IMF at the table. Tsipras is putting short-term political gain ahead of national interest 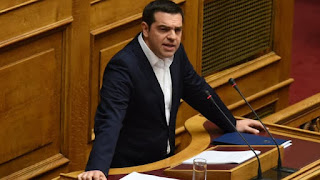 Since Alexis Tsipras persuaded Greek voters to endorse a third bailout programme, after flirting last summer with sovereign default, eurozone creditors have been keen to view him as a responsible partner. The row over a leaked conversation between International Monetary Fund officials suggests they are wrong.

The Greek prime minister has seized on the transcript of a teleconference about bailout negotiations to claim the IMF is trying to push the country towards bankruptcy, so as to impose ever-tougher austerity policies. Christine Lagarde, in a furious response, has all but openly accused him of wiretapping officials and leaking the recording.

If it is true that the Greek government has engineered the crisis in an attempt to eject the IMF from bailout talks, then its tactics are irresponsible. Whatever the source of the leak, it is clear that Mr Tsipras wants the IMF to leave. Once again, he is displaying an instinct for short-term political gain and a disregard for his country’s long-term interests.

The ever-unpopular IMF is an easy target for a prime minister facing criticism for his handling of the economy and the refugee crisis, and under pressure from the resurgent opposition headed by Kyriakos Mitsotakis. It is also true that the fund would be a tougher judge of Greece’s fiscal and economic performance.