Greece and Its Creditors Make Progress on Differences 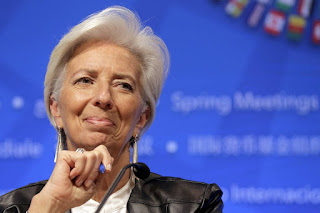 Greece and its creditors took a step Friday toward resolving disagreements that have hobbled the country’s international bailout program, including how to ease its staggering debt burden.

The creditors—eurozone governments and the International Monetary Fund—have been at odds for months about Greece’s economic outlook and the scope of the overhauls it needs, with the IMF pushing for further austerity for Athens to meet its budget targets.

That has stalled talks about what Greece needs to do to secure a new IMF loan program, thereby unlocking rescue funding from Europe as well.

To resolve the standoff, eurozone finance ministers at a meeting in the Dutch capital said Athens would have to come up with and put into law extra austerity measures worth 2% of gross domestic product—or about €3.6 billion ($4 billion).

The additional savings would be triggered only if the government missed its promised budget targets.