State Transformation and the European Integration Project: Lessons from the financial crisis and the Greek paradigm 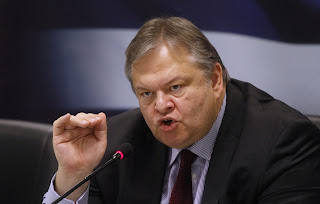 The financial crisis that erupted in the eurozone not only affected the EU’s financial governance mechanisms, but also the very nature of state sovereignty and balances in the relations of member states; thus, the actual inequalities between the member states hidden behind their institutional equality have deteriorated. This transformation is recorded in the case law of the Court of Justice of the European Union and the member states’ constitutional courts, particularly in those at the heart of the crisis, with Greece as the most prominent example.

It is the issue of public debt (sovereign debt) of the EU member states that particularly reflects the influence of the crisis on state sovereignty as well as the intensely transnational (intergovernmental) character of European integration, which under these circumstances takes the form of a continuous, tough negotiation. The historical connection between public debt (sovereign debt) and state sovereignty has re-emerged because of the financial crisis. This development has affected not only the European institutions, but also, at the member state level, the actual institutional content of the rule of law (especially judicial review) and the welfare state in its essence, as the great social and political acquis of 20th century Europe. From this perspective, the way that the Greek courts have dealt with the gradual waves of fiscal austerity measures and structural reforms from 2010 to 2015 is characteristic. The effect of the financial crisis on the sovereignty of the member states and on the pace of European integration also has an impact on European foreign and security policy, and the correlations between the political forces at both the national and European level, thus producing even more intense pressures on European social democracy. In light of the experience of the financial crisis, the final question is whether the nation state (given the large real inequalities among the EU member states) currently functions as a brake or as an engine for future European integration.

Read the Report (PDF)
Posted by Yulie Foka-Kavalieraki at 6:04 PM