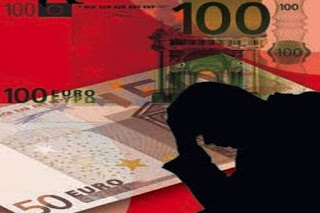 A recently released study by the Economics Department at the National Kapodistrian University of Athens revealed that Greece has the third highest taxation rate among 21 European countries. Only Sweden and Denmark have a higher tax rate, countries with highly advanced welfare states and without the fiscal problems that plague Greece.

In a lengthy talk, John H. Cochrane, who specializes in financial economics and macroeconomics and is the AQR Capital Management Distinguished Service Professor of Finance at the University of Chicago and a Senior Fellow at the Hoover Institution at Stanford University, said that “especially raising taxes on people who wanted to invest in Greece, expand businesses, and hire people was a very poor decision.”

Professor Cochrane added that “Greece may be expected to pay back its debts, but this should be done by helping its economy grow, not by imposing ever higher taxes on business and citizens.”

More
Posted by Yulie Foka-Kavalieraki at 10:56 AM