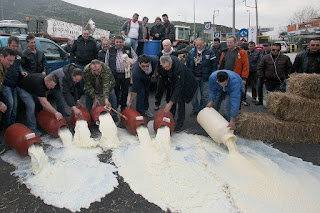 Greece had a primary budget surplus of 0.2% of gross domestic product in 2015, according to senior government officials, who hope the better-than-expected outcome will help them to convince creditors that Greece doesn’t need extra austerity measures this year.

The officials’ estimate, if verified by Greek and European Union statistics agencies, would mean that Greece’s budget had a surplus before interest payments of around €350 million ($389.1 million).

Greece’s new bailout program, agreed last summer with the eurozone and International Monetary Fund, foresaw a primary deficit of 0.25% of GDP for 2015.

A positive budget balance at the end of 2015 would help the Greek government’s argument that it doesn’t need large extra spending cuts or tax hikes, beyond those already agreed, to hit this year’s fiscal target.

Greece hopes to pass the first review of its performance under the bailout plan by March, to unlock rescue loans and shore up business and consumer confidence to help the economy stabilize this year.