Greece’s Prime Minister on the Ropes 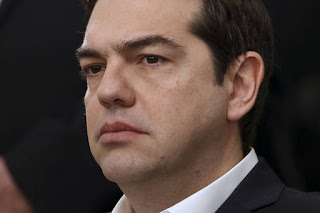 January was a bad month for Greece’s Prime Minister Alexis Tsipras. The election of Kyriakos Mitsotakis on Jan. 10 to the leadership of the official opposition and the rise of mass protests against the government’s plans for pension reform have decisively altered Greek politics in ways that undermine Mr. Tsipras’s plans for a more stable second term.

To start, Greece’s economic pain is back in the news. Technocrats representing the country’s creditors arrived in Athens last week for the first review of Greece’s progress in fulfilling the terms of its August bailout. There’s already been an uproar, especially among farmers and the self-employed, in reaction to Mr. Tsipras’s proposal to increase contributions, limit early retirement and cut pay-outs on pensions. But creditors, especially the International Monetary Fund, are likely to continue insisting that current retirees swallow further cuts in order to achieve a reduction in pension spending equal to 1% of gross domestic product this year.

Athens and its creditors also will have to agree on the fiscal measures for the entire 2016-18 period, by the end of which Greece is required to have achieved a primary surplus of 3.5% of GDP. With this government, that’s likely to mean more tax hikes. The finance ministry has already proposed an increase of the top tax rate to 50% for individuals making more than €60,000, or about $67,000.