Syriza one year on: what happened to the radical left dream in Greece? 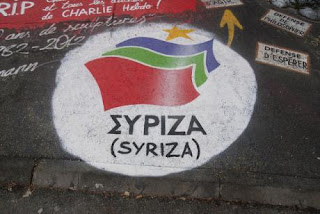 On 25 January 2015, Syriza and Alexis Tsipras won the Greek parliamentary elections. Syriza’s proponents as well as critics, at home and abroad, regarded this as a landmark for Greek politics: It was the first time in Greece’s history that a political party with ‘genuinely’ leftist origins had entered the halls of power. The first weeks after Syriza’s victory were marked by a renewed wave of optimism that a more positive turn for Greece could still be feasible despite the critical phase that the country has been going through.

Nevertheless, a few months later, this optimism was gradually replaced with disillusionment. For a start, the government coalition with the right-wing Independent Greeks/ANEL did not resonate well with the ‘older’ segment of Syriza’s electorate.

Furthermore, it soon became evident that, during his electoral campaign, Alexis Tsipras had made various promises to different target-groups which were often incompatible with each other (e.g. the ‘Thessaloniki Declaration’ in September 2014).

For instance, pledges to maintain the wage-grid intact and suspend additional layoffs in the public sector combined with promises to relax taxation for small and medium-size entrepreneurs.

More
Posted by Yulie Foka-Kavalieraki at 11:38 AM