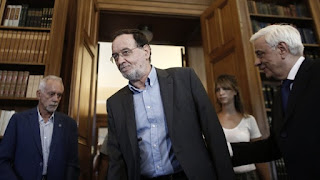 A Canadian mining company that has invested $700m in gold extraction projects in northern Greece has threatened to suspend its operations because of delays in issuing licences and permits, its chief executive has announced.

The leftwing Syriza government responded by accusing Eldorado Gold, the largest foreign investor in Greece, of attempting to blackmail the Greek state.

“Our investment is being treated as a political toy,” Paul Wright, chief executive of the Vancouver-based miner, said in Athens on Tuesday. “We’re just spinning tyres, spending money and not making progress.”

Mr Wright said that activities at two gold mines under development will be shut down at the end of March, with the loss of about 600 jobs, if the environment ministry fails to approve applications to install processing facilities that had been agreed by previous administrations.