Hope and fear in the endless Greek crisis 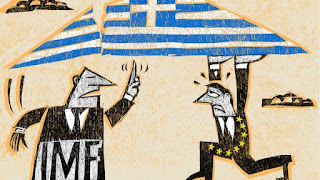 The Greek economic crisis has blighted the country and the eurozone for six years. The election last January, which brought Alexis Tsipras and his leftwing Syriza party to power, added further friction between Greece and the rest of the eurozone. Mr Tsipras vowed to undo austerity — a promise he could not deliver on his own.

In the event, after winning a referendum in July against the terms offered by the eurozone, he agreed to a new €86bn three-year eurozone programme on terms not so different from those he had persuaded the Greek people to reject. After a split in his party, Mr Tsipras then won another election in September. Yet the capital controls imposed in June remain in force and the economy has fallen back into recession.

Is there a good chance that economic recovery will take hold in 2016? This was in my mind as I visited Athens last week. My conclusion was that a chance does exist. But it is not, alas, that good.

The starting point has to be with the differences of view among the main players: the Greek government and wider political community; the International Monetary Fund; and eurozone creditors, particularly Germany.

As Mr Tsipras made clear last week, one of his aims is to avoid another programme with the IMF. He finds its demands hard to bear. More broadly, he thinks that “the sooner we get away from the [bailout] programme the better for our country”. He notes: “If Greece completes the first [progress] review in January, we’ll be covering more than 70 per cent of fiscal and financial measures in the agreement.” He hopes Greece will soon regain its sovereignty or, with the IMF out of the picture, at least will only have other Europeans to deal with.