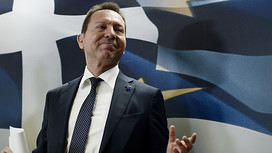 The governor of Greece’s central bank has warned that political infighting over a critical final round of economic reforms is threatening to derail a long-awaited recovery in 2016.

On Friday, Yiannis Stournaras took the unusual step of prefacing the bank’s half-yearly report to parliament on monetary policy with an appeal to MPs on the need to maintain consensus on implementing Greece’s €86bn third bailout programme.

“Parliament must contribute to the legislative work of completing the programme, at this precise moment when most of the adjustment has been achieved and only a very small portion remains,” the report said.

“A basic condition for returning to economic normality is to maintain a climate of political stability and consensus.”