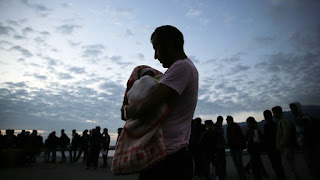 The EU is warning Greece it faces suspension from the Schengen passport-free travel zone unless it overhauls its response to the migration crisis by mid-December, as frustration mounts over Athens’ reluctance to accept outside support.

Several European ministers and senior EU officials see the threat of pushing out Greece over “serious deficiencies” in border control as the only way left to persuade Alexis Tsipras, Greece’s prime minister, to deliver on his promises and take up EU offers of help.

If the EU follows through on its threat, it would mark the first time a country has been suspended from Schengen since its establishment in 1985.

The challenge to Athens comes amid a bigger rethink on tightening joint border control to ensure the survival of the Schengen zone. The European Commission will this month propose a joint border force empowered to take charge of borders, potentially even against the will of frontline states such as Greece.

Greece’s relatively weak administration has been overwhelmed by more than 700,000 migrants crossing its frontiers this year. Given the severity of the crisis, EU officials are vexed by Athens’s refusal to call in a special mission from Frontex, the EU border agency; its unwillingness to accept EU humanitarian aid; and its failure to revamp its system for registering refugees.