14 Airports in Greece to Be Privatized in $1.3 Billion Deal 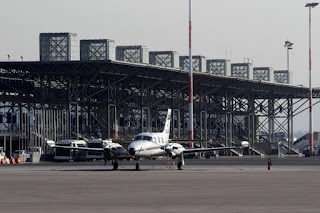 The contract, worth 1.2 billion euros, or $1.3 billion, is part of an effort to privatize state assets and adopt economic changes demanded by international creditors under Greece’s €86 billion bailout program. Some other measures are under debate in the Greek Parliament and are scheduled for a vote Tuesday night.

The airport management contract had been under negotiation with the German company, Fraport, when Prime Minister Alexis Tsipras and his leftist Syriza party stormed to power in January. The party pledged to end years of austerity and foreign oversight by the country’s creditors: the other nations that use the euro, the European Central Bank and the International Monetary Fund.

The airport contract talks were revived only after Mr. Tsipras capitulated to creditors during the summer as Greece teetered on the brink of bankruptcy, accepting the country’s third bailout since 2010.

The government’s debt problems have for years deprived many Greek airports of sufficient money for maintenance and modernization. One exception is the Athens airport, which has already been partly privatized and generally lives up to its role as a modern international hub.