What Europe Owes to Greece 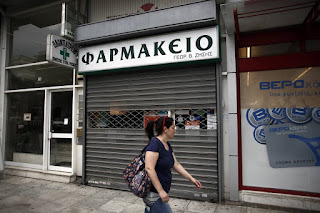 More refugees crossed the Mediterranean into Europe last month than in all of 2014. The vast majority of them landed in Greece, but many other European Union members have also been affected and are now reconsidering their open-border policies.

Meanwhile, Athens continues to struggle with the terms of its latest bailout, an orphan program unloved by both the government that signed it and the creditors that imposed it. The two greatest achievements of European integration—the free movement of people and the common currency—are now threatened, and in both cases Greece is on the front line of the crisis.

Critics can point to many things that Greece did wrong to bring its economy to its present situation: reckless spending, corruption, a lax attitude to tax collection, the unwillingness of successive governments to go beyond austerity and meaningfully reform the way the public sector and the economy work.

In the government of Prime Minister Alexis Tsipras these critics have found the perfect foil. The ruling party, Syriza, is made up of unreconstructed, Marxist-minded leftists who are hostile to the free market, willing to perpetuate the worst practices of the precrisis era, in an alliance with a party of hard-right nationalists and conspiracy theorists. This coalition is again resisting administrative and economic reforms that would both boost growth and help build the government’s capacity to manage crises.