No time for Tsipras to go wobbly on Greek reform 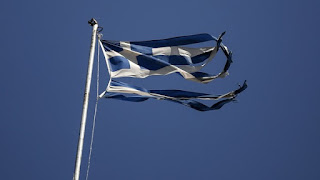 Alexis Tsipras’s first administration flirted with sovereign default in the summer before ending a bruising stand-off with Greece’s eurozone partners by signing a document that was in spirit almost identical to the one it had hitherto rejected. Now, two months into his second term and with the ink barely dry on that deal, Mr Tsipras seems determined to start another fight with his creditors.

The prolonged period of political brinkmanship from both sides of the negotiating table inevitably weakened the mutual trust between Greece and its single-currency partners. The bailout deal has been signed, but the possibility of Grexit has never been fully eliminated. While the current frictions are no more than that, they are heading in the same way as the last.

By now, Greece should have already received the first €2bn of its bailout funds. Instead, the October instalments are still in Brussels’ coffers. The eurozone will only release them once the Greek parliament has passed 48 “milestones”, mostly leftover pledges from Greece’s previous two bailouts. But not only is Mr Tsipras three weeks late with these reforms, he wants to reopen the negotiations over a contentious issue, home foreclosure protection.

The Greek government wants to keep the existing generous legal protection from house repossessions. Greeks already beaten down by the thinning prospect of finding a job and shrinking welfare support should not also be forced to move out of their homes.